Hi everybody!! I know it's been forever, but I have been SO busy. This move is seriously sucking the life out of me!! Last Friday I flew out to CA to find a place to live. Trying to move from across the country is hard enough, but trying to do it in a weekend is even harder. I had such a frustrating time because I couldn't afford the places I wanted to live in, but really hated all the ones I could. I live in a really nice one bedroom apartment now, and was so disappointed that I had to give up space/amenities/location to be able to afford to live out there. I knew CA was going to be expensive, but I just didn't think it was going to be THAT BAD. So, I had a somewhat emotionally draining weekend, but finally found a place that I'm really happy with and will make it work! I am back in IL for now, and on Monday I start the trek out west!
When I got back, I had some Zoya polishes waiting for me that I had purchased during the promotion. The majority of the colors were from the Smoke & Mirrors collection, but one of them happened to be a bright medium blue by the name of 'Yummy'. Since it's still August and summer, I figured I may as well try that one first!! I am so glad I did because it seriously is SUCH a pretty blue creme color. The first coat was a tad streaky, but the second coat evened it all out and was fully opaque. I've read that Seche Vite top coat does not mix well with Zoya polishes, but I chanced it last night, and thankfully had no problems! No bubbling, not so bad shrinkage, and it all dried relatively quickly. I wonder if the shimmer or glitter polishes are the ones that don't play nice? 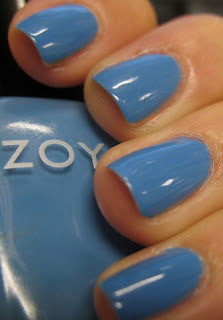 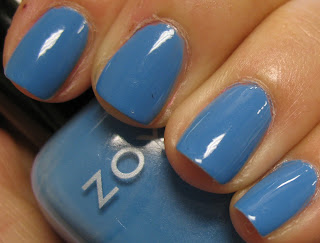 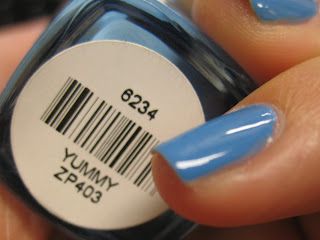 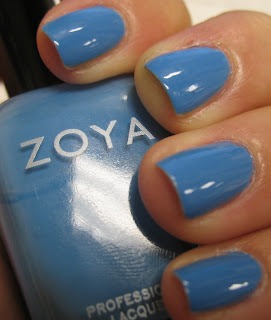 Email ThisBlogThis!Share to TwitterShare to FacebookShare to Pinterest
Labels: Zoya